According to the official announcement, players and clans interested in getting involved can head over the the official website (newworld.com) and register their interest to join.

I must say, I for one thought this game would never see the light of day. A Wow-style mmo in the modern era? It felt like Amazon was a little late to the party.

Recently though, MMO titles seem to becoming popular again. This could well be the perfect time to launch such a title. We've been paying close attention to the development of this title, and it really is shaping up to be one of the best and most detailed MMO's to date.

For more information on the Closed Beta, see the official announcement 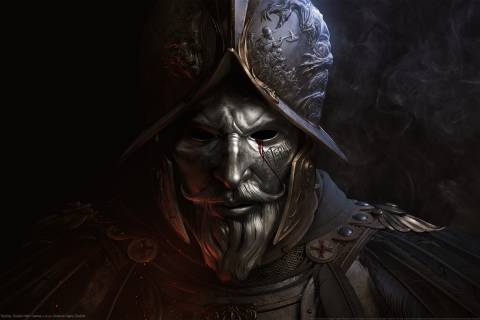 UNG Team | 16+
Hello! My name is Klaxxan. Are you looking for a non-toxic friendly casual gaming and social clan? UNG is right for you although we are very small are discord only has 3 people in it. We are very active feel free to join we accept all gamers from all different groups. - Main Games...
Games

SOF TAC Recruiting Now
Officially sponsored by: Pantopia Hosting   We are a Gaming Clan 4 The Growing Gaming Universe, We believe the fun is in the games and the people you play with. Some gamers are more HARDCORE and some gamers are all about the LAUGHS...
Games

Diatech Esports Now Recruiting!
𝑾𝑬𝑳𝑪𝑶𝑴𝑬 𝑻𝑶 𝑫𝑰𝑨𝑻𝑬𝑪𝑯 𝑬𝑺𝑷𝑶𝑹𝑻𝑺! Diatech Esports is a Fortnite, COD and Rocket League Clan. Diatech Esports was Founded on the 27th of September 2020 and we hope to enlarge immensely during future months. If you are seeking excellence and a solid esports experience, Diatech is the place to go! Being a...
Games

Hyperplex Gaming | NA | 16+
Casual Gaming Community - Battlefield 2042 | Call of Duty/Warzone | World of Warcraft   Hyperplex is a North American-based gaming community founded back in 2013 for the sole reason to provide a mature and toxic-free gaming environment. We have gone through many changes but our...
Games

NBM recruiting!
* We aim to become one of the best and friendliest community.  We want to build a family, a space for all kind of gamers. No toxicity, no drama. * Help each other along the way. Is there something you're confused about? We will be there to help you with it. Is there something you want help with? We...
Games