hello and thanks for checking out TiDes Gaming!

i’m exrahs, the leader of the team. i, like many other people, was influenced by my passion for gaming to start a community for people who share that same affinity. here’s some info about the team :)

we’re both casual and competitive

our casual side is more chill and fun-loving, and is more keen on having a good time. and our competitive side is all about playing to win, and fighting to achieve victory (we’ll participate in scrims soon). both sides have their own pros and cons. and of course, you can play on either side depending on your preferences or mood on any particular day.

the games currently supported by our community are rainbow six siege and call of duty modern warfare/warzone. currently we‘re a pc and ps4 only clan, but we do have plans to expand onto other games and platforms in the future.

we have pretty experienced leadership

i myself have been in a few clans before, and i was the head content creator for rainbow six siege on one of them. our r6 team leader has played the game for two years now, and he knows the maps and strategies of the game inside and out. and our modern warfare leader has been playing the game since launch, and knows the guns and maps like the back of his hand.

and we have a well-structured discord server

the discord server has everything ranging from general chat to game-specific discussion to memes. we also have voice channels for people playing games together. if a channel isnt already added, you can talk to a mod about getting it implemented.

so yeah, thats a small glimpse at our team. if you want to join, hit up the instagram page @tidesgaming :) 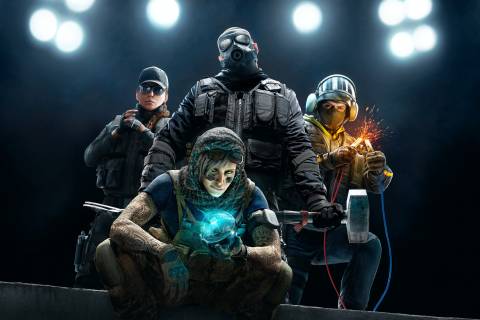 OvR Clan
To join you have to beat me in a 1v1 and beat me in boxfight. Other rules will be determined later. Epic is Oliver  II coppy and paste it
Game

Looking For Team
Hello! I'm looking for a competitive Fortnite team. I currently have no earnings because I just started playing a lot of competitve. I play Xbox! My twitter: Lactic1x
Game

First things first, If you're tired of playing alone and listening to all of the dirt talk you hear in-game, getting yelled at by minors, and other unpleasant things that come with playing with a group of strangers, and if you just wanna find a solid good healthy...
Game

Looking for a R6 clan
Hi I am just looking a for a competitive R6 clan DM me for more info about me :)
Game

Im looking for a fortnite team
Hello, im a average fortnite player looking to join a team that can offer me coaching, a semi pro position, i have roughly 5,500 arena points close to division 8 im willing to listen to coaches and watch vod reviews i am serious about this so please no smaller teams thank you. if you would like to...
Game